↓
Search For Cynicism (which in this world doesn’t take long …) 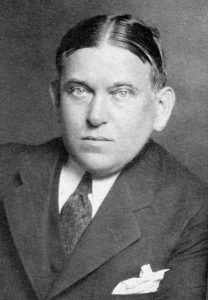 "As a professional critic of life and letters, my principal business in the world is that of manufacturing platitudes for tomorrow, which is to say, ideas so novel that they will be instantly rejected as insane and outrageous by all right thinking men, and so apposite and sound that they will eventually conquer that instinctive opposition, and force themselves into the traditional wisdom of the race. I hope I need not confess that a large part of my stock in trade consists of platitudes rescued from the cobwebbed shelves of yesterday, with new labels stuck rakishly upon them."

Once a woman passes a certain point in intelligence it is almost impossible to get a husband: she simply cannot go on listening [to men] without snickering.

Here is something that the psychologists have so far neglected: the love of ugliness for its own sake, the lust to make the world intolerable. Its habitat is the United States.

It is inaccurate to say that I hate everything. I am strongly in favor of common sense, common honesty, and common decency. This makes me forever ineligible for public office.

Faith may be defined briefly as an illogical belief in the occurrence of the improbable.

Under democracy one party always devotes its chief energies to trying to prove that the other party is unfit to rule – and both commonly succeed, and are right.

Bachelors know more about women than married men; if they didn't they'd be married too.

Democracy is the worship of jackals by jackasses. 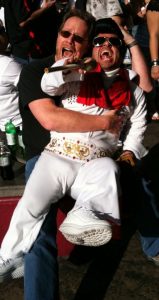 Guy Smith is in the annals of cynicism.  Or it that anals.  Hard to tell with him.

Aside from being the despicable and socially unacceptable editor of the Cynical Web Site, Smith is a renowned writer, songwriter and political provocateur (well, he is renown in his living room, which is oddly inhabited by Guy and a few other surviving insects).

Smith's writing is seldom referred to, but has been called "A tragic collision between Kinky Friedman and P.J. O'Rourke, with Joseph Heller reading the eulogy."  Most of Smith's pithier and slimier quotes ooze with insights that only a deacon in the Church of Discount Worship could possibly put to pen. Though Smith's origins are not well known, he has managed to infest the globe at points as far flung as Florida, Virginia, California and allegedly a small prison colony in the Philippines, though the only source for that last location is one of Smith's ex-wives. Let's hope he gets writer's cramp.  Until then, suffer with these top Guy Smith cynicisms.

Amazingly, most people are not ready to die despite having prepared for it their entire lives.

May you have the good fortune to die on a slow news day.

All parents see their children as perfect, at least until the teen years. This delusion is God's system for keeping parents from selling the little vermin off for medical experimentation.

A catechism is a formalized, documented, structured review of Christian teachings. This is the ultimate extension of the principle that even the simplest concept can be expounded upon to create perfect misunderstanding.

My goal is to enjoy life, but life seems to be uncooperative.

"Wrath" is most commonly attributed to God and women. This should give men something to fear.

We should not be surprised that the abbreviation of the names of two of the most despised terrorist groups are so similar, they being the IRA and the IRS.

Death is the only goal one can achieve without help, and even then you occasionally receive unwanted assistance.

Short stuff compared to the Cynical Web Site, but you should buy the book anyway.

Mencken was a God who didn't believe in God.

Did we mention that we like Mencken … a lot.

We know you can read … buy this book!

We have been to the Buncombe carnival. It's called Washington.

If you can't be cynical, be insulting. It's a cheaper but simpler version.

Take your cynicism with you everywhere!

From the sire of the original Devil's Dictionary.

If you really cared, you would buy this book. Guess you are too cynical to care.

If marriage doesn't make you cynical … just wait for the children.

If you don't think you are prejudice, you are wrong. Buy this book and deprogram yourself.

Buy The Damn Book (we need the cash)!

Martyrdom: the last refuge from the world.

Quoting other cynical people it a great way to appear cynical yourself!

Life, not this web site.

Mencken, an opiate for the masses.

This is a test pop-over.

And the passed parm is